Fini Dance in Italy was born from Antonio’s desire to bring the concept of American Summer Intensive to Italy. The festival is a meeting of artists and young people who want to experience 100% dance.
A cauldron of opportunities, scholarships, meetings and growth that diversifies into different classes and events.

An intensive three-week Summer School in July. Classic, modern, repertoire (mandatory) in the morning. In the afternoon hip hip, tap, flagging and other non-compulsory complementary subjects.

During the 3 intensive weeks there will also be the opportunity to perform during the competition and win international prizes, air travel to New York and work contracts. At the end of each study week a special event:

An intensive Summer School in the heart of Manhattan in August: classic, modern, contemporary and repertoire with the best dancers taught and directors of New York schools and companies.

At the end of the path there will be the chance to perform at the Alvin Ailey Dance Theater for the Italian International Dance Award which rewards dancers and prominent figures from the dance world.

Do not miss also the Hip Hop Path and the Musical Path that gives you the chance to perform in a Video New York Style production! 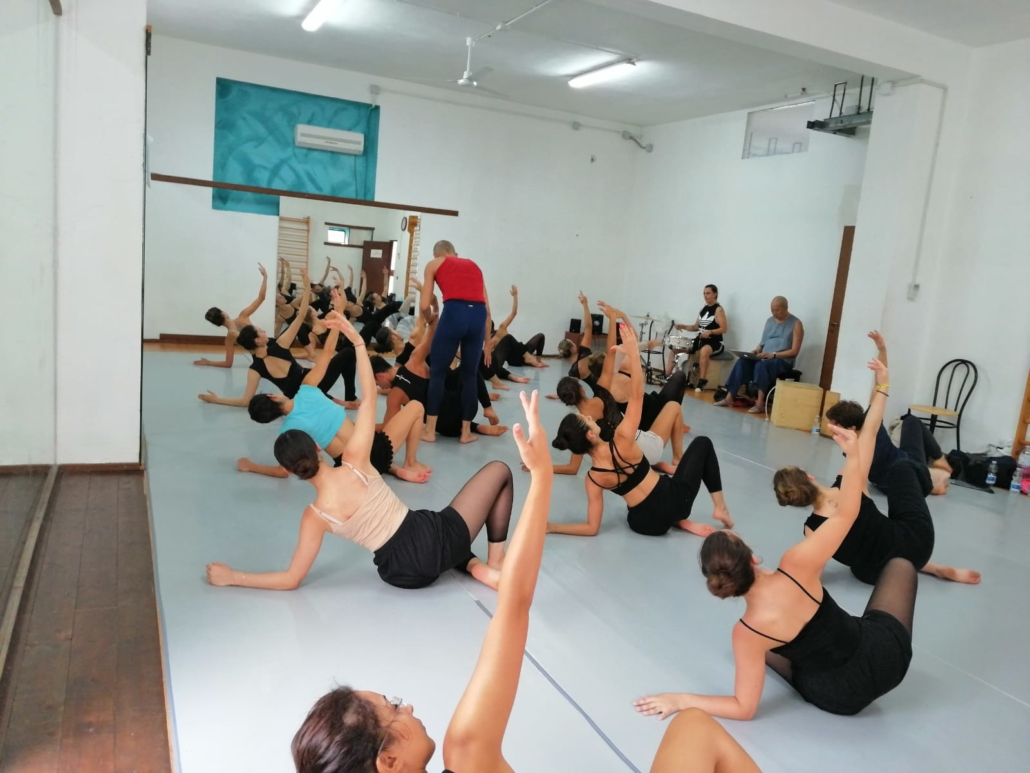 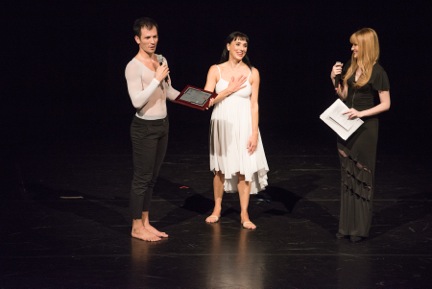 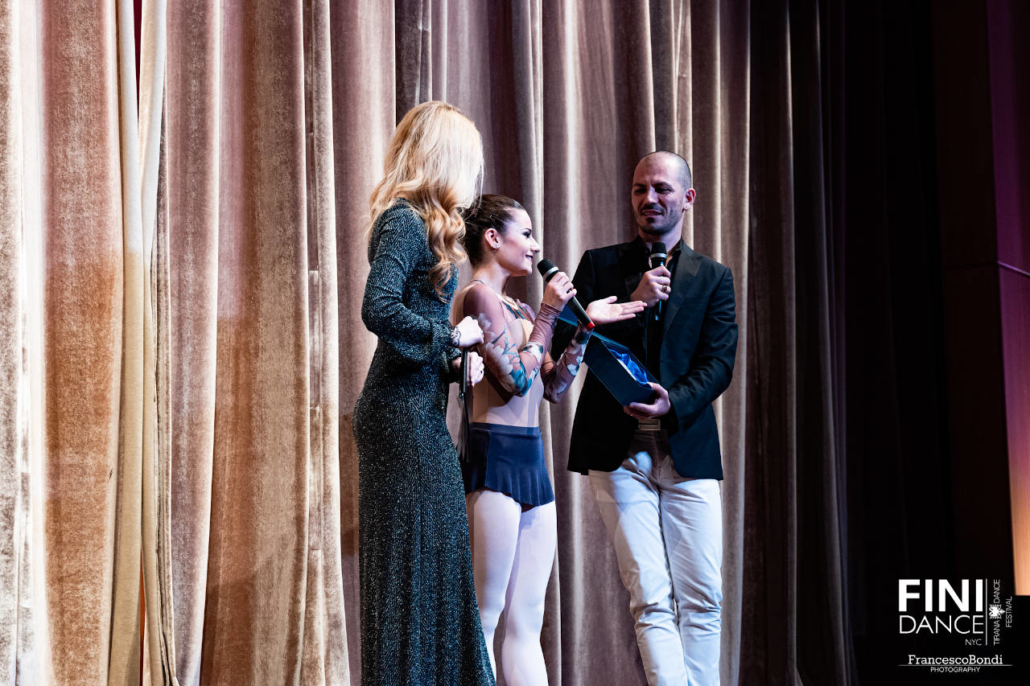 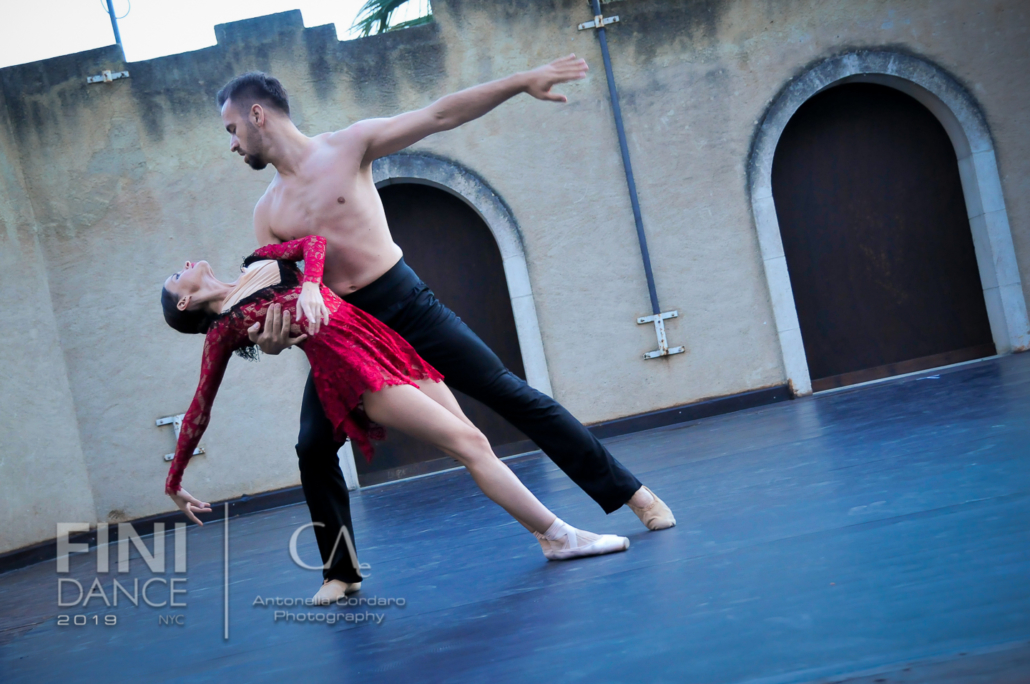 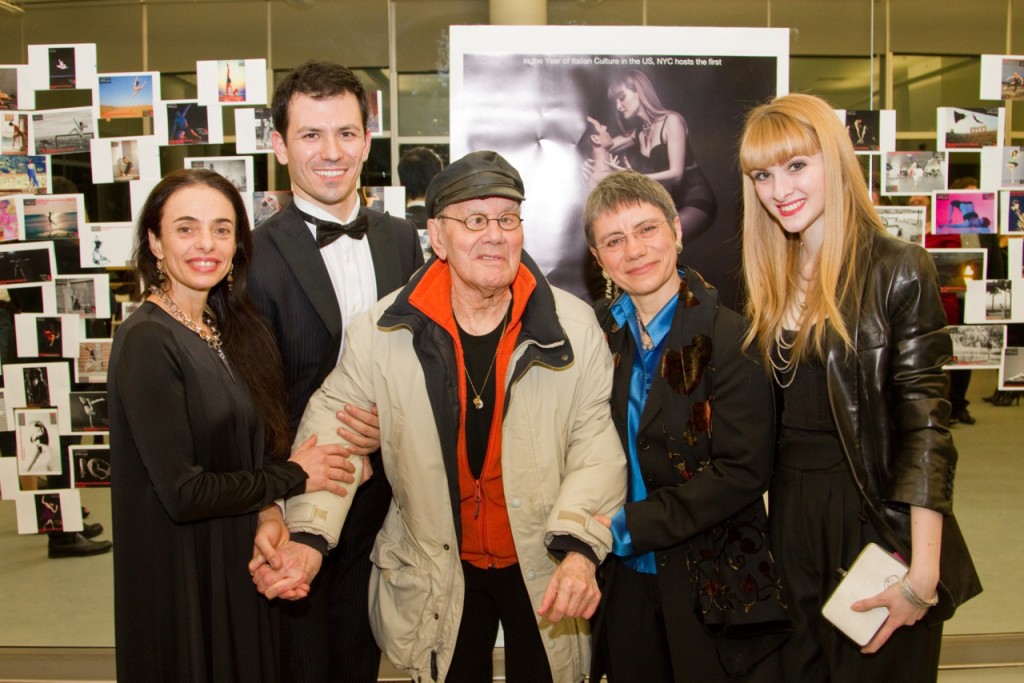 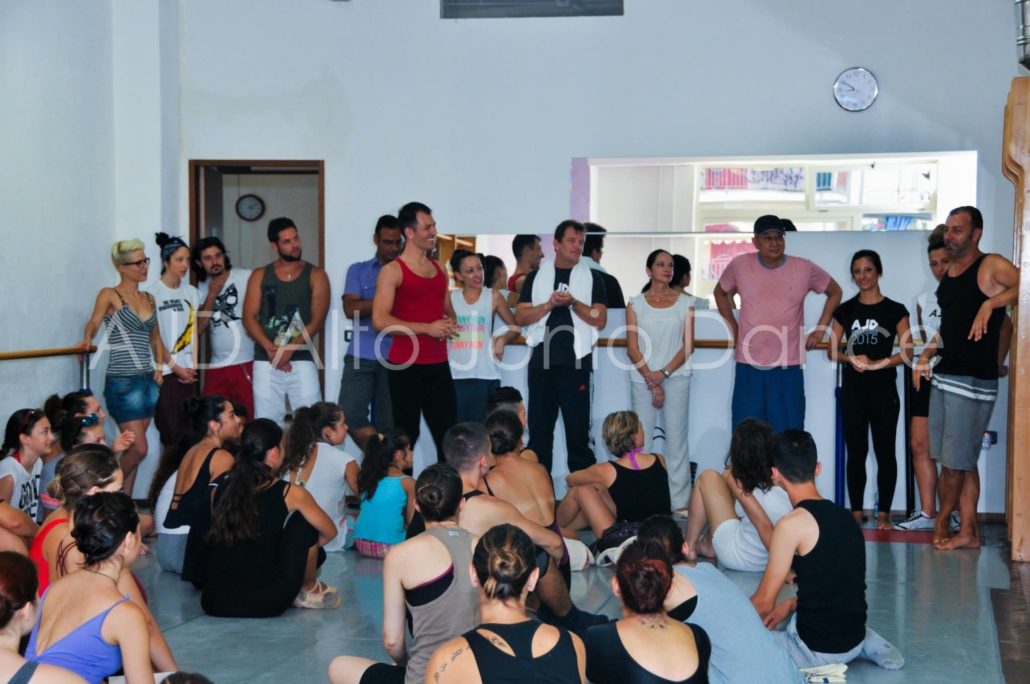 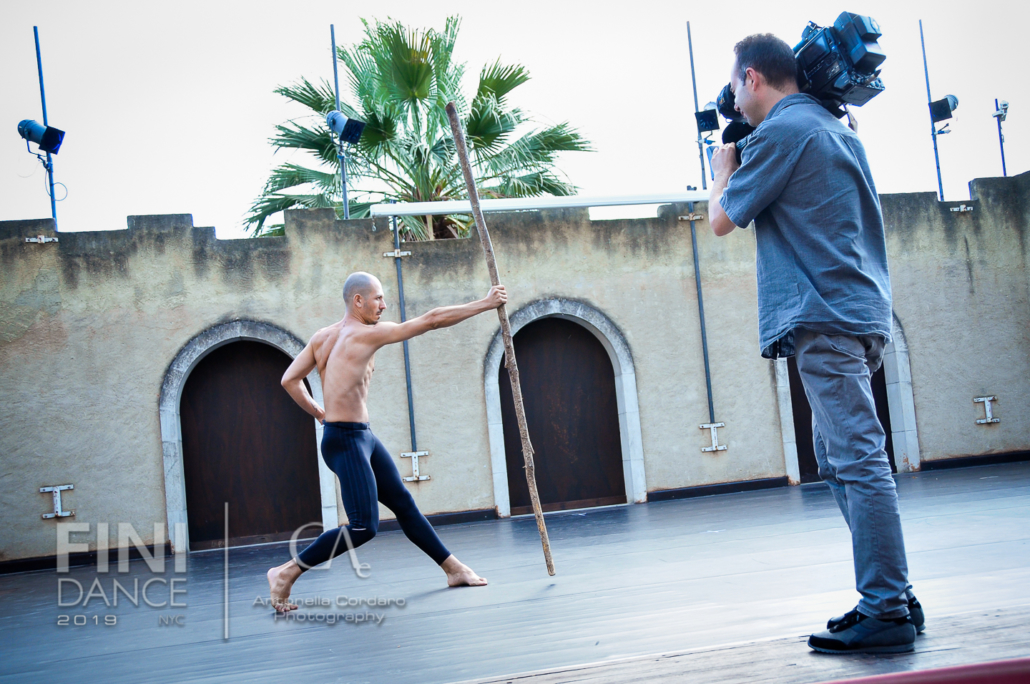 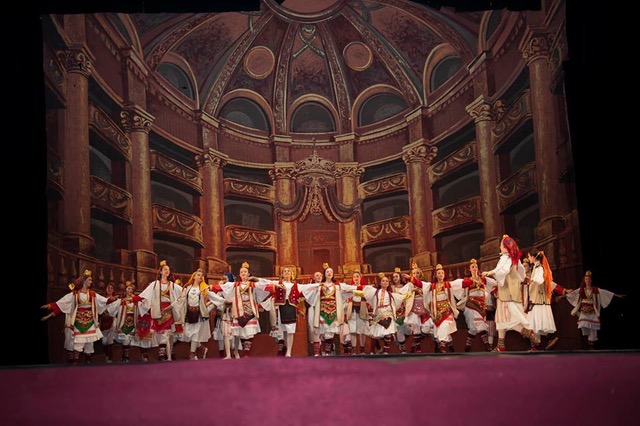 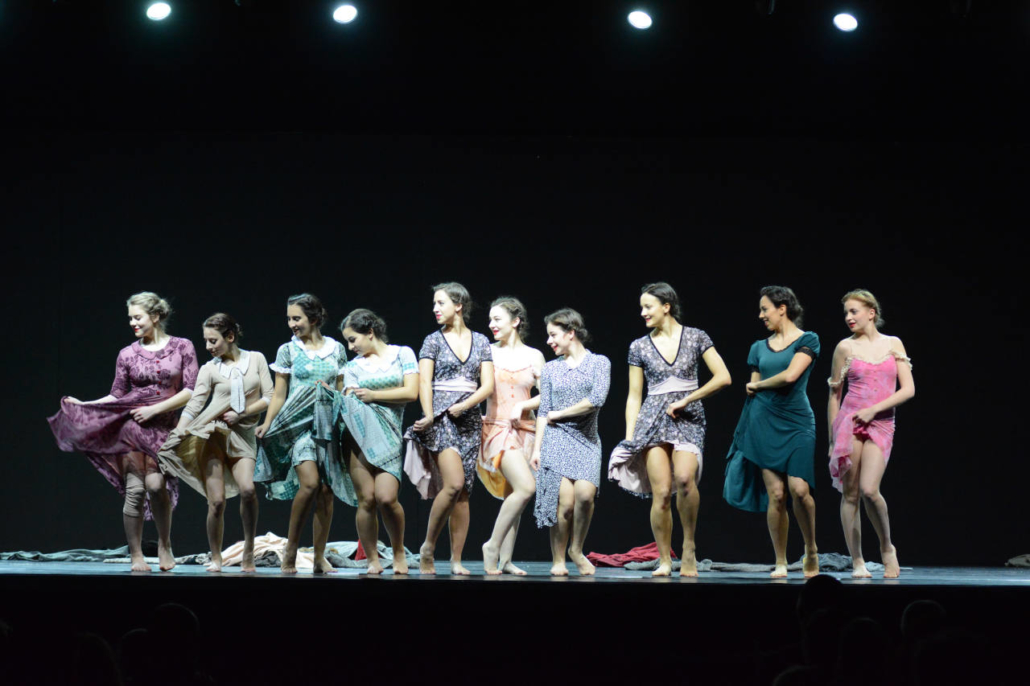 Special showcase open to dancers with every style of dance over 11 years, in the city of Florence during the event danzainfiera held every year in the Fortezza da Basso.

A real one-on-one contemporary improvisation challenge to be held in danzainfiera. Participants will compete in groups and the winner will have the opportunity to win 2 weeks of study in New York!

Two days with advanced lessons and competition / festival in Tirana where scholarships are awarded to grow academically and professionally in the world of dance.

Two days with lessons and competition / festival in the splendid setting of the city of Sofia where scholarships are awarded to grow academically and professionally in the world of dance.

Antonio Pio Fini is First Dancer for the Michael Mao Dance in New York, Special Judge for Milly Carlucci in the tv show Dancing on the Road and Dancing with the Stars on tv channel Rai 1.
From 2018 he is Ambassador of Dance as a means of diplomacy for the ACD Agency For Cultural Diplomacy of Vienna (Diplomatic Cultural Agency).
He danced for the Martha Graham Dance Company, the Staten Island Ballet, the Mare Nostrum Element and Erick Hawkins Dance of New York.
He Choreographed for The New York Opera at Lincoln Center, for the National Ballet of Kosovo, Tirana Dance Festival.
Since 2015 he is recognized by the United States of America as a permanent citizen for artistic merits. 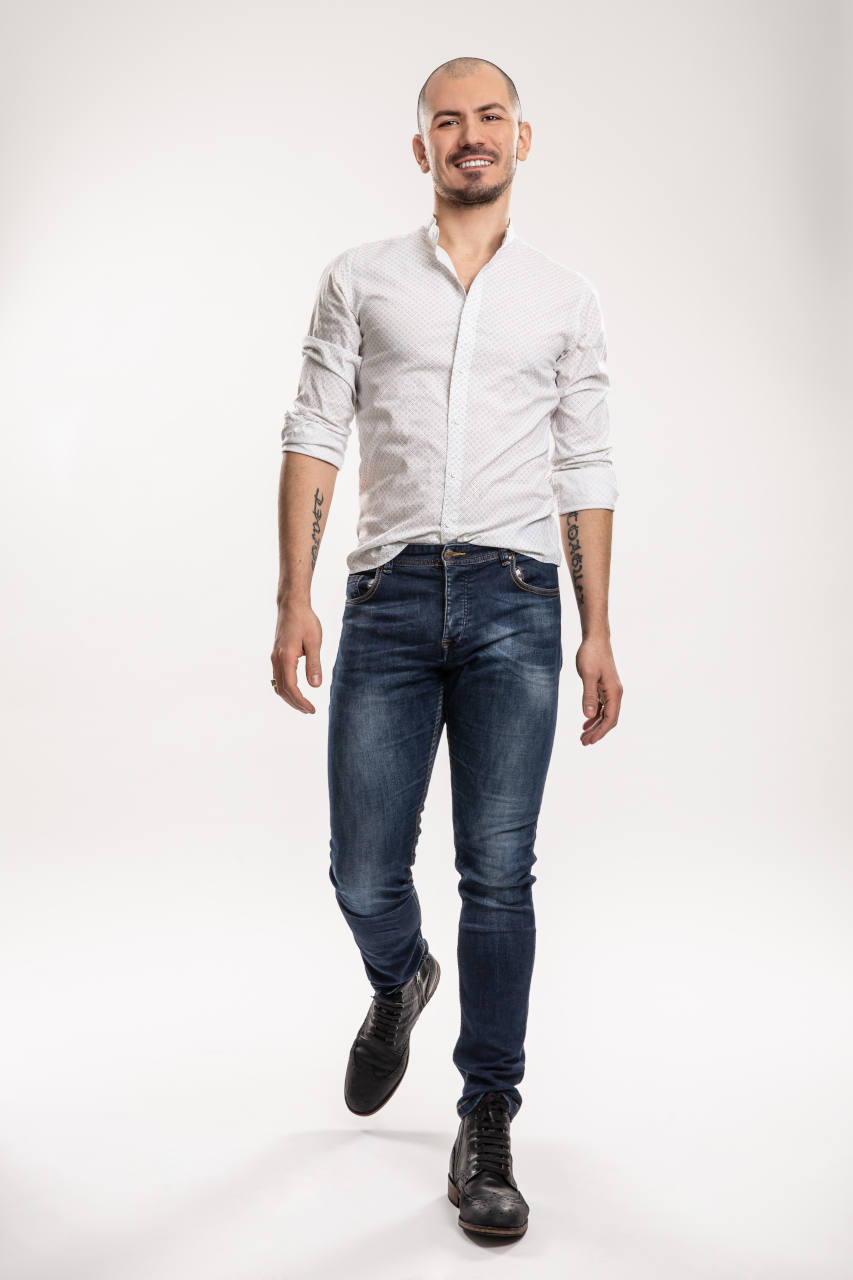 Born in Castrovillari and raised in Villapiana, in 2011 he founded the Fini Dance Festival which awarded the most important exponents of dance and gave opportunities to young people thanks to the Summer School and the International Competition, in which scholarships were awarded for the major schools in the United States, Brazil, Spain, Romania, Albania, Japan.

Thanks to the Festival, work contracts were given to young people who now work in the most famous companies in the world such as Alessio Crognale (Martha Graham Dance Company) Antonio Cangiano (Nai Ni Chen New York) Jessica Russo (Carabdanza Madrid) and Mary Jo Panacciulli as choreographerfor the Staten Island Ballet.

Fini Dance is supported by the Marcobaleno association (which annually donates airline tickets for New York winners) and the Dancing Angel Foundation (which donates two 100% scholarships for two American dancers for the Villapiana festival).

In 2011 my cousin Angela (my shoulder in all my adventures as a child, dancer and director of the Villapiana Dance Studio school) told me: “Antò! Why don’t we organize a competition?” I replied “Are you crazy !? Do you have any idea how much work …?” (and I thought I should go back to New York and audition for guy and caio in my head) I replied:

WE MAKE A FESTIVAL!

(Even more crazy).
At the end of the first festival (August 26th 2011) I cried for at least an hour. Everything seemed to be gone.
And yet … Something was gone. We have given work to professionals, a scholarship for the Martha Graham Dance School, an apprentice contract for a young Calabrese, involved schools from all over Italy, guests even from Australia, filled two hotels in the country and amused the tourists of my Villapiana.
Almost 10 years have passed since that summer and there are still so many mistakes but I realized that nothing happens by mistake in life.

Whether in Italy or America or in the rest of the world Fini Dance wants to bring growth, culture and tourism through the art of dance.

We firmly believe that art can change our lives for the better, the lives of others and improve environments.

The proposed paths aim at the growth not only of the dancer but of the person. Through commitment, hard work, respect for our bodies, teachers and colleagues improve ourselves and the environment around us.

DO YOU WANT TO WIN A SCHOLARSHIP FOR FINI DANCE NEW YORK?

Who try to see differently

Involved in the years

The future is bright.

Only if you live your Present!

Alice Giammarioli and Simone Riganello won a flight to New York! Alice danced at the Steps on Broadway and Simone danced together at the Staten Island Ballet in New York in Ellen Tharp’s Nutcracker production.

Jessica Russo won a scholarship for PAUL TAYLOR DANCE COMPANY (the only scholarship awarded in Europe!) + Place in the company in Madrid CaraBdanza.

Francesca Spizzirri had the opportunity to live in New York for 3 months to study with SLK Ballet NYC.

2 scholarships for Steps on Broadway nyc

1 scholarships for Mas in Milan

SCHOLARSHIP FOR NYC OF 1000 EURO From ASS. MARCOBALENO

Concetta Colanero (Classic section) Fly to Phiiladelphia where she studies for a year with Ballet Fleming.

Antonella Perazzo (Choreographic composition section) flies to NYC and choreographer for the Callince dance for The Italian International Dance Festival.

Paolo Rendace (Classic section) full scholarship for the Choreographic Study Center of the school of theater and the Ballet of Milan. He continued his studies and worked with the Milan Ballet.

Scroll to top
Manage Cookie Consent
To provide the best experiences, we use technologies such as cookies to store and / or access device information. Consent to these technologies will allow us to process data such as browsing behavior or unique IDs on this site. Not consenting or withdrawing consent may adversely affect some features and functions.
Manage options Manage services Manage vendors Read more about these purposes
View preferences
{title} {title} {title}